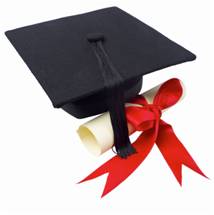 1986: Passed - Examination, Master of Science in Engineering, The Technical University of Denmark.

1986: Passed - Examination, The Professional Diving Education, All Categories, The Diving School at the Navy School of Arms at the Royal Danish Naval Base at Holmen, Copenhagen, Denmark.

OTHER DEGREES, TRAINING, AND SCHOOLS

1995: Passed - Course in The Internet, The EEF's Guide to the Internet, HEAB-Net, Sweden.

1986: Passed - Examination, The Professional Diving Education, All Categories, The Diving School at the Navy School of Arms at the Royal Danish Naval Base at Holmen, Copenhagen, Denmark.

1981: Passed - Excursion Program for Law Students to the EEC Organizations in Europe, The University of Copenhagen, Denmark.

1979: Passed - Examination, Admission test for the Danish School of Journalism in Aarhus, Denmark.

1977: Passed - Teacher Education for Adult Schools, The Directorate of Public Schools within the Municipality of Copenhagen, Denmark.

- Driver License A Heavy Motor Bike with or without side wagon.

- Driver License DE Bus above 3.500 kg and with more than 8 passengers and with trailer above 750 kg.

- Driver License for Professional Transportation of Passengers in Cars (B) and in Busses (D) (Danish Code 450).

2005-2006: Chairman of the board, establishing the official Swedish Association, HH-Pendlarna, which was a community based on existing and new pendlers

Helsingor and Helsingborg. I established a better and fair system for handling and registraion of all the pendlers in a more professional and economical manner and most of all

in a more swindler proof manner. In early 2007 the succesful system was adopted by HH-ferries for the ferry-company to contine handling of the system.

In 2009 the benificial system was adopted by Scandlines after the merging of HH-Ferries and Scandlines.

1982-Present: Member of The Royal Danish National Guard serving as volunteer in the Naval Coast Guard as engineer on board a patrol boat